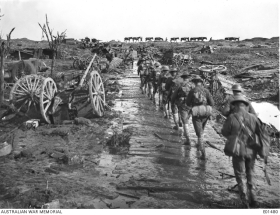 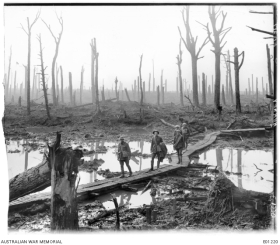 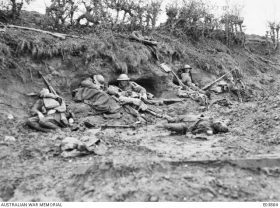 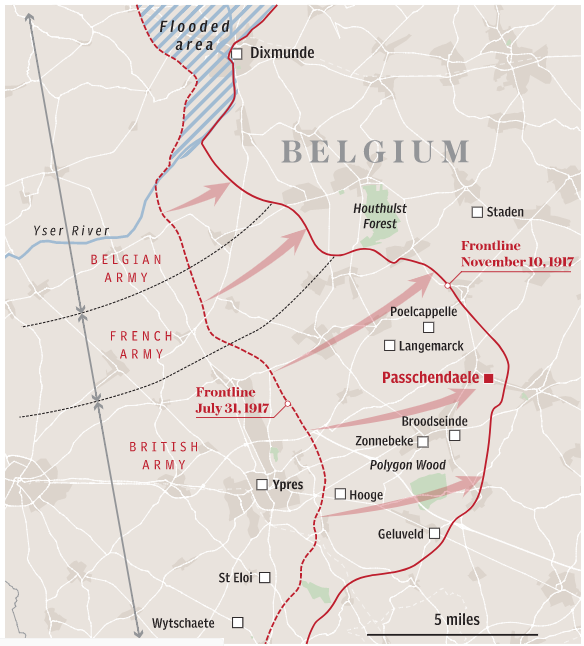 Friday 10 November 2017 marks the centenary of the end of the Third Battle of Ypres, more commonly referred to as ‘Passchendaele’.

The Third Battle of Ypres was the major British offensive in Flanders in 1917. It was planned to break through the strongly fortified and in-depth German defences enclosing the Ypres salient, a protruding bulge in the British front line, with the intention of sweeping through to the German submarine bases on the Belgian coast. The battle comprised of a series of limited and costly offensives, often undertaken in the most difficult of waterlogged conditions – a consequence of frequent periods of rain and the destruction of the Flanders’ lowlands drainage systems by intense artillery bombardment. As the opportunity for breakthrough receded, Sir Douglas Haig still saw virtue in maintaining the offensives, hoping in the process to drain German manpower through attrition. The main battles associated with Third Battle of Ypres were:

Australian Divisions participated in the battles of Menin Road, Polygon Wood, Broodseinde, Poelcapelle and the First Battle of Passchendaele. In eight weeks of fighting Australian forces incurred 38,000 casualties. The combined total of British and Dominion casualties has been estimated at 310,000 (estimated German losses were slightly lower) and no breakthrough was achieved. The costly offensives, ending with the capture of Passchendaele village, merely widened the Ypres salient by a few kilometres.

* Taken from Siegfried Sassoon’s poem ‘Memorial Tablet’ written by him in October 1918 and first published the following year.