On this day in 1964 what is considered to be Australia’s worst peacetime naval disaster occurred 20 nautical miles off Point Perpendicular near Jervis Bay in New South Wales, when at 8.56pm the Majestic class aircraft carrier HMAS Melbourne (R21) and the Daring class destroyer HMAS Voyager (D04) collided at night during manoeuvres.

At the time HMAS Melbourne was performing flying exercises and HMAS Voyager was performing plane guard duties, positioned behind and to port (left) in order to rescue any aircrew if a plane was forced to ditch.

After a series of turns effected to reverse the course of the ships HMAS Voyager ended up ahead and starboard (right) of HMAS Melbourne. Voyager was then ordered by Melbourne to resume plane guard position, which involved turning to starboard, but then she came around to port. The crew on the bridge of HMAS Melbourne thought that Voyager was zig-zagging and would turn to starboard and resume her correct position.

At 8.55pm both ships began desperate avoiding manoeuvres but a collision was inevitable. One minute later the bow of HMAS Melbourne (travelling at about 22 knots) struck behind the Bridge and Operations Room of HMAS Voyager, effectively cutting the ship in two.

Over the coming hours, frantic efforts were made to rescue the crew of HMAS Voyager, with helicopters from both HMAS Melbourne and Naval Air Station (NAS) Nowra, as well as five Minesweepers and two search and rescue boats were dispatched from the shore establishment HMAS Creswell, moving to the scene to pick up survivors.

Sadly, of the 314 crew on board HMAS Voyager, 82 were killed, most of whom died immediately or were trapped in the bow section, which sank after 10 minutes. HMAS Melbourne was damaged, but suffered no fatalities. 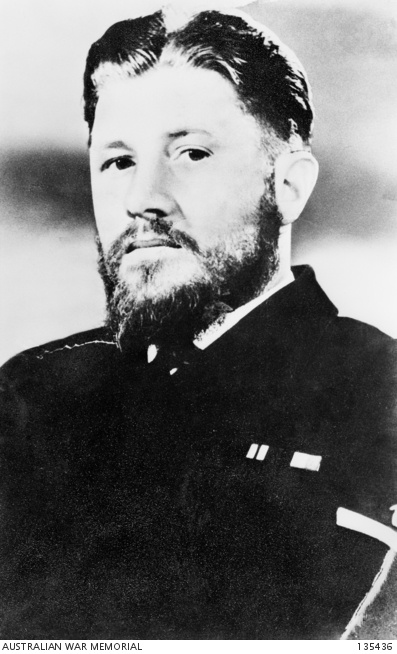 One particular crew member of HMAS Voyager showed great bravery and sadly lost his life as a result. Chief Petty Officer Jonathan Rogers DSM, a Welshman and Second World War Royal Navy  veteran, along with 50 other men, was trapped in the sinking forward part of the stricken destroyer.

Recognising that he was too large to fit through the escape hatch, he organised the evacuation of those that could escape, then led his trapped comrades in a prayer and hymn as they met their fate. He was posthumously awarded the George Cross (GC), which is now held by the Australian War Memorial.

Following the disaster two Royal Commissions were held in 1964 and 1968. The first Royal Commission ruled that the collision was the fault of HMAS Voyager’s bridge crew and also blamed the Commanding Officer of HMAS Melbourne, Captain John Robertson and two other officers on that ship. Robertson resigned after the first Royal Commission, rather than accept a shore posting to HMAS Watson (in effect a demotion) and was widely seen in the media as a scapegoat for the incident.

In 1967 a second Royal Commission was announced following increasing pressure from the public and the media, including claims made that the Commanding Officer of HMAS Voyager, Captain Duncan Stevens (who had died in the tragedy), was a heavy drinker and unfit for command. The second Royal Commission came to that finding and absolved Captain Robertson and the two other officers from HMAS Melbourne, of any blame.

You can find out more about HMAS Voyager (II) here: http://www.navy.gov.au/hmas-voyager-ii