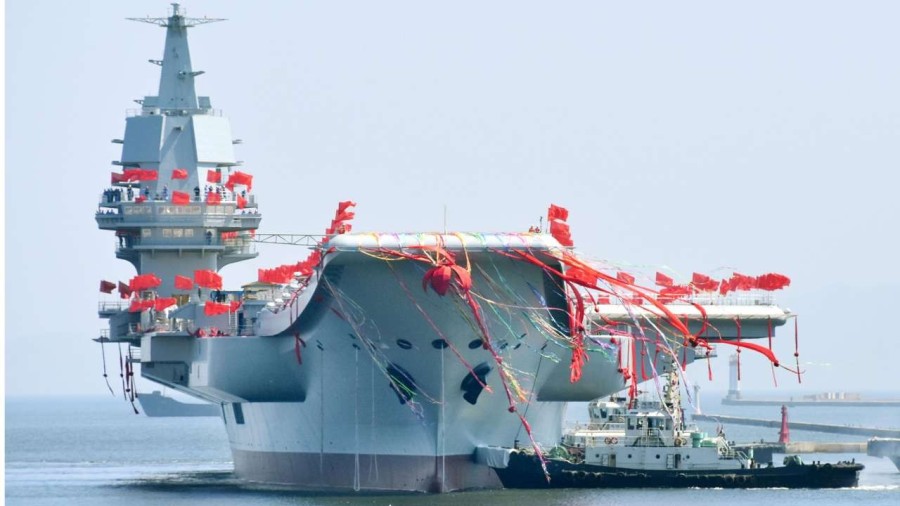 The 65,ooo-ton carrier, launched in April 2017 left the Dalian shipyard in Liaoning Province earlier today, where she was built by China Shipbuilding Industry Corporation (CSIC).

Like her predecessor the Liaoning, Shandong will operate a ski-jump assisted Short Take-Off But Arrested Recovery (STOBAR) launch system. The new carrier will be able to embark up to 24 Shenyang J-15 multirole fighters (a variant of the Sukhoi Su-33 shown below) and to up to ten helicopters (Changshe Z-18, Ka-31, or Harbin Z-9). 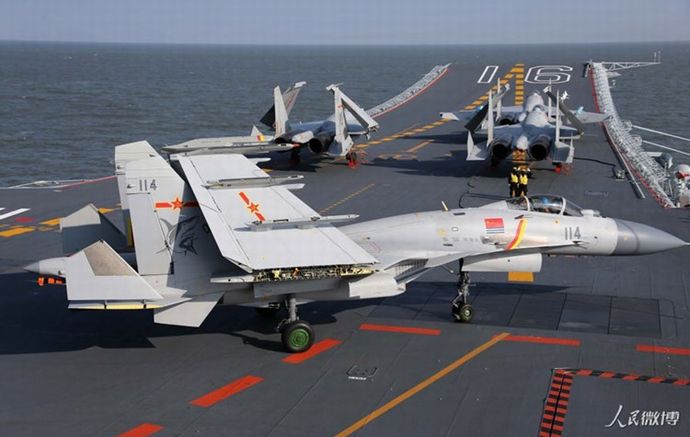 Once commissioned, the Shandong is expected to serve in either the North Sea Fleet or East Sea Fleet.

You can find out more about the ship here: https://en.wikipedia.org/wiki/Type_001A_aircraft_carrier 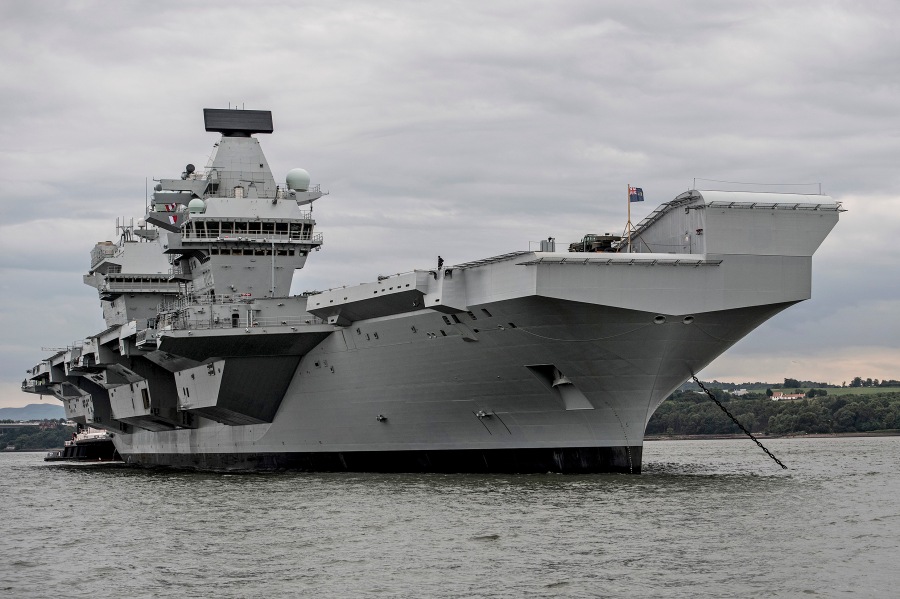 There have been two recent significant additions to the Surface Fleets of both the Royal Navy (RN) and Royal Australian Navy (RAN).

At almost 70,000 tons, HMS Queen Elizabeth is the largest warship ever built for the Royal Navy as is based in Portsmouth. She begins Operational Sea Trials (OST) in January 2018 before conducting integrated flight trials with F-35Bs from 617 Squadron Royal Air Force (RAF) later in the year in the US. 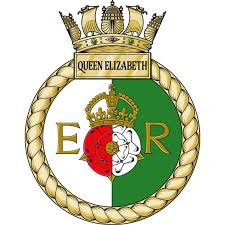 The ship’s motto is ‘Semper eadem‘ which means ‘Always the same‘ and she inherits five (5) battle honours from the two previous RN ships of the same name:

You can find out more about her here: https://www.royalnavy.mod.uk/queenelizabeth 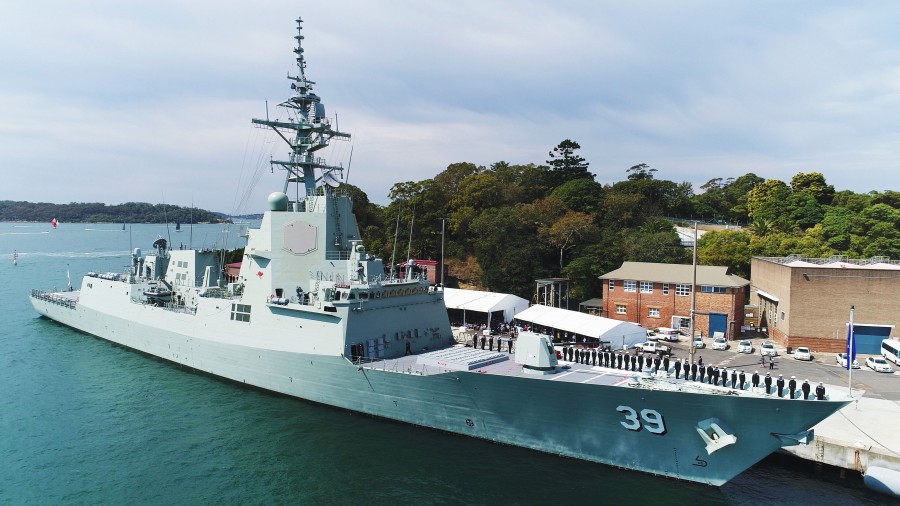 HMAS Hobart is the first of three Hobart class Air Warfare Destroyers (DDGs) based on the Spanish F100 class Frigate, and equipped with the Aegis Baseline 7.1 Combat System from the United States. 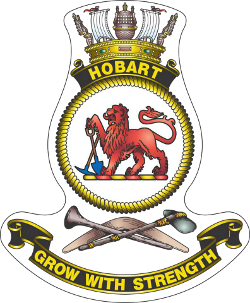 The ship’s motto is ‘Grow with Strength’ which is taken from the coat of arms of the City of Hobart. She inherits nine (9) battle honours from the two previous RAN ships of the same name: 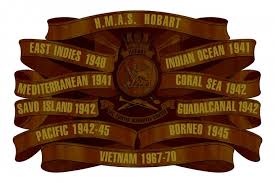 You can find out more about her here:  http://www.navy.gov.au/hmas-hobart-iii